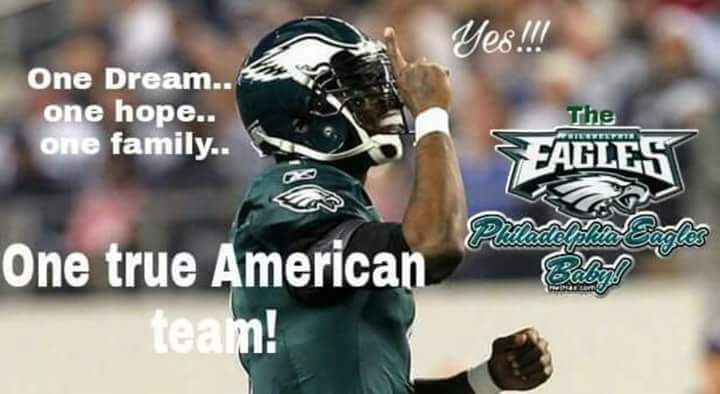 Tonight’s Sunday football game will feature the Philadelphia Eagles vs Dallas Cowboys. This is one of football beat rivalry over the past 20 years and this has the making of what should provide a even game. Unfortunately because the Eagles come into this game with the better record people (including some Dallas fans) that the Eagles will win this game. Many non-Eagles supporters are giving the Eagles a automatic win because they believe that everything is falling into place because of the Cowboys injured players”.

Yes the Cowboy’s have lost 3 key starting players that includes their running back,  offensive lineman and linebacker. Well guess what, the Eagles also lost the same key players at the same key positions. I think that makes it even except that Eagles lost their top cornerback early in the season too. Even though this cornerback will try to play today without being in gamed football shape, this game will be played in Texas – so once again we’re even.

But with all that being said, our Philadelphia Eagles and fans are not making excuses because our Eagles Soar above all that noise. When our Eagles men go down its Next Man Up. Both teams have suffered key injuries and both teams are playing with banged up players. Both teams have 53 men on their roster but one team is leading the division without making excuses. The Eagles have to play this game in a hostile environment, with field refs that seemed to have favor the home-team and after not having played football in almost 2 weeks.

Make no excuses, the team that play better will win with what they have on the field. Make no mistake that the Eagles should win this game. Understand that when a key Eagles player goes down the Next Man Up rises to the occasion. That’s what Eagles do!